I know it's no secret that January is resolution month. It's the time of year when most of us resolve to get healthier. There's no shame in that! Here's the problem; most of us begin with a gusto and then lose the wind beneath our wings. In the meantime our love handles become about as subtle as a flying brick. I mean come on my "love" handles are now my "hate" handles. You know what I mean?

Well last year I chose to do something different; gone are the days of resolutions; gone are the empty promises I made and the disappointed glances I got as I shoveled pie and stuffing -at the same time- into my mouth. I decided instead to go with a 101 in 1001, let me explain. I made a list of 101 goals to accomplish in 1001 days. January 6th made one year since I began this quest and I've managed to check off quite a few things. Best of all, the list is for me and no one else. I'll speak more on the subject at a later post.

Now to my point; that nasty brick wall you hit when your motivation runs out. I hit that wall too. Sure I started out great! I begged my husband for an exercise bike. I told him it would get so much use. I coaxed him with swimsuit pictures; sure they were from Victoria's Secret but the man can dream. (Do men actually think that exercise is all it takes to look like that? LOL)

He knew me well though and told me to find a bike that was used so I wouldn't kick myself for blowing hard earned money on a whim. After weeks of looking on Craig's List with no luck, my neighbor put a bike on the curb for garbage day. JOY!! I hit paydirt! I made my hubby drag that road kill home to me and I rode that sucker -the bike- every day! (for like a week) Then I was over it; just like that. 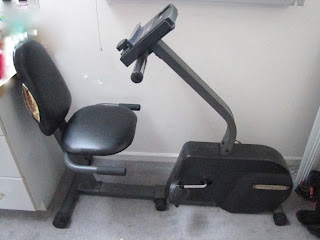 Gee I wonder why this beauty was thrown out?

I try to rationalize it, but the truth is I lost my mojo. Winter made me want to hibernate. Now this bike was just sitting there mocking me, so was my husband by the way. My garbage picked bike was now a stand for my clothes. I got tired of being laughed at - I have a mean family-, so I decided to do something about it. I gave my ugly bike a makeover! 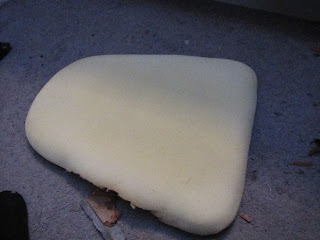 Naked cushion on the floor after the removal of infinity staples.  Seriously, there's no higher number than the amount of staples I removed from this thing. 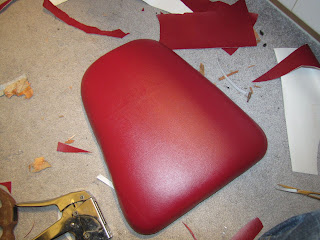 Pretty pleathered piece- try saying that three times fast- after the addition of infinity to the second power staples.  Ok maybe a slight exageration, but definitely at least 1000!

It's so much cuter now! Maybe, just maybe, its cuteness will inspire me to use it more often. In the interim though, I'm joining pilates. Sexy body here I come! 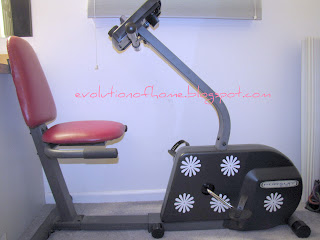 
Just so you know, while I worked, I sang Olivia Newton John's "Let's get physical". It's an anthem for all things work-out related. 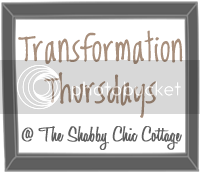