I had a grody grapevine wreath form that I was throwing out last year around Christmas and as I put it into the garbage, I realized how wasteful it was to just toss it.  I decided it was too blah for a Christmas wreath, so it became a Halloween wreath instead. 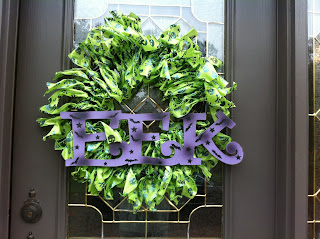 So, basically all I did was spray paint the form black.  I had some Halloween wired ribbon that I found at a deep discount at AC Moore around Thanksgiving time.  Don't you just love it when you find the holiday decor at 75 to 90 percent off?  I think I paid like $1.50 for two spools. 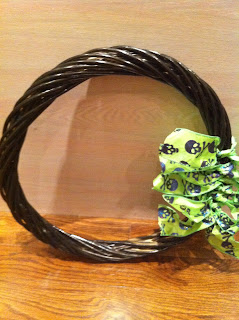 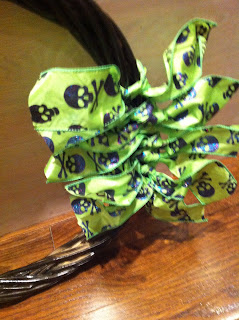 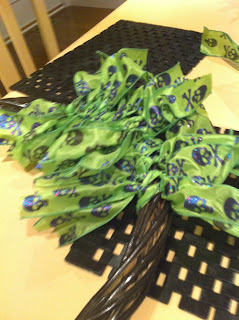 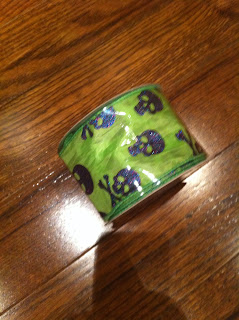 I cut the wired ribbon into strips and tied the strips around the form.  That's it.

I hung it on the door as such. 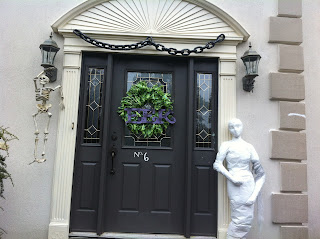 So I got a totally original Halloween wreath for $2.25.  Hold your applause people, Nydia has left the building.