This past week was a bad week for me.  I couldn't even go to work.  I stayed home for four days sick, knee deep in boogers.  I had more boogers than you could shake a tissue at.  So while I was at home bored, I decided to go through one of my junk drawers and clean it out.  Guess what I found in there?   I  found a circular for Pier One and so as I looked through it, I saw a picture frames that had felt petals all over them.  They looked very feminine and looked very Valentiney (word?) and I thought I could make these.  Nothing against Pier One but they were priced like 15 to 30 dollars!  What?!!!
I guess depending on the size of the frame, but still that's so pricey. 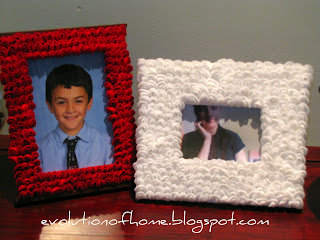 These were made for just $3.49!  Hah!  Take that Pier One!  Please excuse the night time pictures.


I mean, I knew I had some picture frames sitting around the house that I wasn't using just waiting to be donated. 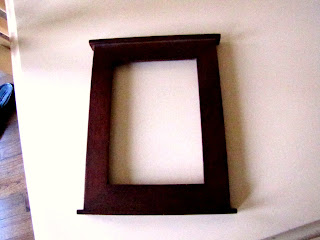 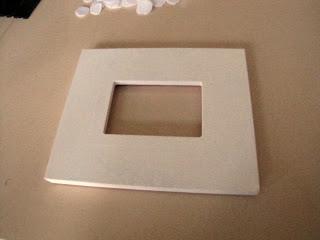 
I said why not, worse comes to worse I can just throw them out. Plus, I had some felt left over from this project. 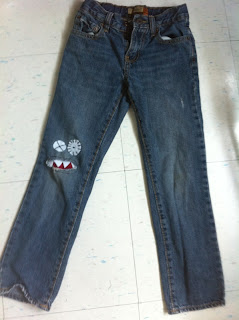 I decided to hop to it.  First things first, I took out my handy dandy glue gun and began to cut out circles about one inch in diameter.  I cut more circles than you could ever imagine.  I'm talking an obsene amount of circles. 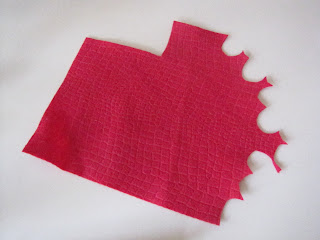 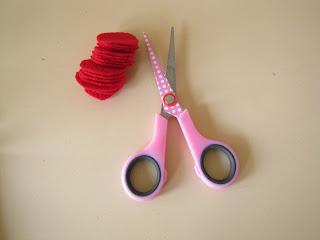 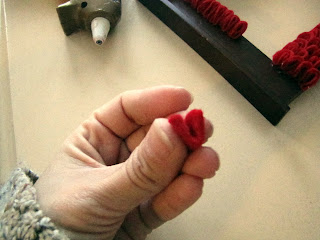 You're then going to be putting glue on the end of that.  This is what you're attatching to the frame.  You will do this row by row.  Try to do it neatly as you cover up the frame.  You'll know you're finished when you burn your fingerprints right off. 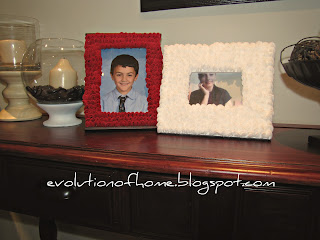 So there you have it. Some super easy very cute Valentine's Day picture frames to give, to keep, or to throw at cats in heat!