Earring Holder Made From Garbage 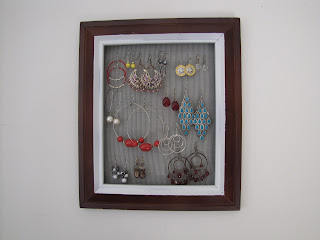 All that is needed to make this is an old picture frame.  Mine had no glass front on it, so it was ready for the trash. 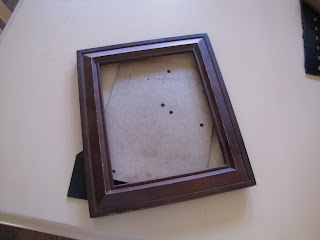 See? I like the size of the frame but with no glass I didn't deem it worthy of holding pictures.

You will also need some type of screening.  My dear aunt walked through my screen door last year and tore the screen right off the frame.  It was pretty hilarious!  She walked through it like the Kool-aid man.  She didn't think it was funny but we were dying laughing.  No harm done though because I took that broken screen and used it for this. 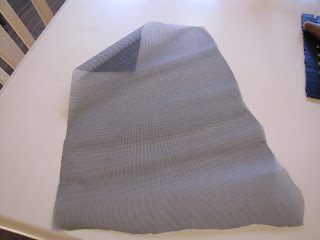 I cut the screen to the size I needed.

So basically all you have to do is staple the screen to the back of the frame and hang it up.  That's it.  I chose to paint a white stripe on the inside for contrast but you don't even have to do that.   The cost of this was nil.  Have a good day.